NEW: Launch of logo to mark 25 years of the UN Declaration on Human Rights Defenders

Update: there have been a number of developments in these two case since the communication was sent in July. The Special Rapporteur continues to follow recent developments as in contact with the authorities.

This is a shorter version of the original communication.

Ms. Ulfathonim Mamadshoeva is a civil society representative of the Pamiri minority in the Gorno-Badakhshan Autonomous (GBAO) Region and a journalist.

Mr. Manuchechr Kholiknazarov is a human rights lawyer and leader of the Pamir Lawyer’s Association and a member of the Civil Society Coalition against Torture and Impunity in Tajikistan, and Commission 44, a group of human rights defenders and activists investigating human rights violations in the GBAO.

On 17 May 2022, the interior ministry of Tajikistan issued a statement on its website in which it accused Ms. Mamadshoeva of organising an illegal rally a day earlier in Khorog, the capital of the GBAO. Ms. Mamadshoeva refuted the accusation in media statements, and said she was at home in Dushanbe during the protest. On the same day, four journalists who had interviewed Ms. Mamadshoeva about the accusations were reportedly attacked by individuals in plainclothes who seized their cameras and other equipment and beat one of them. After the journalists lodged a complaint, the interior ministry announced the launch of an investigation into the attack and opened a criminal case that recognized the journalists as victims.

On 18 May 2022, Ms. Mamadshoeva was arrested by agents from the State Security of Tajikistan and the general prosecutor’s office; reportedly no arrest warrant was presented nor issued. Her apartment in Dushanbe was searched and her laptop and mobile telephone were seized.

On 19 May 2022, Ms. Mamadshoeva was charged with “publicly calling for violent change of the constitutional order” under article 307, part 2 of the Criminal Code of Tajikistan, which carries up to 15 years in prison. Her case is reportedly classified, and her lawyer is under a non-disclosure order, indicating that that there will be no access to case material and her trial will be closed to the public, in contradiction with international fair trial standards. Ms. Mamadshoeva was placed in the pre-trial detention centre of the State Security Service of Dushanbe.

On 24 May 2022, Tajikistan’s state-run TV broadcast a video in which Ms. Mamadshoeva “confessed” to organising the Khorog protest, with the support of a Tajik activist in exile, and a local Pamiri leader, who was killed on 22 May 2022.

On 28 May 2022, Mr. Kholiknazarov was among up to 13 members of Commission 44, who were reported arrested and interrogated. He was questioned by the local GBAO prosecutor’s office for allegedly “receiving money from the banned National Alliance of Tajikistan.” He was then taken into custody in an interior ministry pre-detention centre.

The demonstrations in Khorog started on 14 May 2022 when protestors demanded an investigation into the killing of a local leader while in police custody late last year, and the resignation of the regional mayor. Military and special forces allegedly violently dispersed the protests that went on for at least four days, using tear gas and live ammunition. On 18 May 2022, the Ministry of Interior announced the start of an “anti-terrorist operation” in the region. By 30 May 2022, the Ministry of Interior announced that it had “neutralised” five armed terrorists from the GBAO and detained one on suspicion of being a leader of a terrorist group. Reportedly, the official number of residents who died in clashes with police reached 26.

On 6 June 2022, Mr. Kholiknazarov was charged with participation in a criminal association” punishable by up to 12 years in prison, according to Article 187 of the Criminal Code of Tajikistan. He was moved to the pre-trial detention centre of the State Security Service of Dushanbe. It is not known if Mr. Kholiknazarov has access to a lawyer.

In the communication we expressed our concern over the alleged arbitrary arrest and detention of Ms. Mamadshoeva and Mr. Kholiknazarov, and the charges against them. Additionally, we express further concerns about the videotape released publicly in which she appears to confess under duress to her role in the protests in question. We would also like to express concern over the order that her trial is to be classified and that access to her case material will not be possible, in contradiction with international fair trial standards. We also express concern by the excessive use of force by law enforcement agents in the GBAO region.

Submit confidential information on a HRD at risk

How do communications and press releases work?

Reuest a meeting with Mary or her team 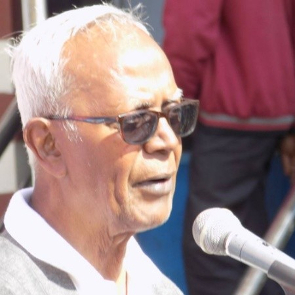 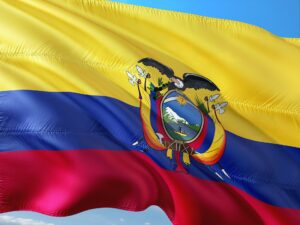 Stay up to date on the work of human rights defenders.

Who Is an HRD?

Request Meeting with Mary or her Staff